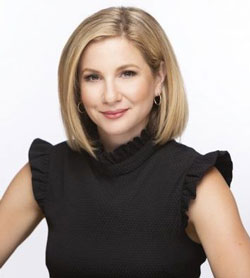 She is a keynote speaker and customer experience futurist and author of two books on customer experience. She’s a board member of customer service AI software Minerva. Her bestselling second book is called “The Customer Of The Future: 10 Guiding Principles For Winning Tomorrow’s Business” (HarperCollins), identified by Business Insider as one of the top 20 books executives are reading to deal with COVID-19. In 2021 the book won a top 5 spot on Book Authority’s list of the “Top 100 Future Of Technology Books of All-Time.” She was called one of the top 40 female keynote speakers for 2020 by Real Leaders Magazine. Her first book was “More is More: How The Best Companies Work Harder And Go Farther To Create Knock Your Socks Off Customer Experiences.” She has worked with Comcast, Allstate, Genentech, Accor Hotels, Accenture, Adobe, Cisco, Parker Hannifin, Ericsson, Verizon, and more. Blake is a guest lecturer at Columbia University, the University of California, San Diego as well as adjunct faculty at the Rutgers executive education MBA program. Blake contributes to Forbes, the Harvard Business Review and Hemispheres Magazine. She is the host of The Modern Customer Podcast and The Be Your Own Boss Podcast. She lives in the Los Angeles Area with her husband, their two children and two dogs.

George joined the Fed in 1982 and served much of her career in the Division of Supervision and Risk Management. She began by becoming a commissioned bank examiner and eventually served for ten years as the District’s chief regulator. In that capacity, she was responsible for oversight of the District’s state-chartered member banks and nearly 1,000 bank and financial holding companies, as well as the Bank’s discount window and risk management functions. She was directly involved in the Tenth District’s banking supervision and discount window lending activities during the banking crisis of the 1980s and post-9/11.

George is a native of Missouri. Beyond the Tenth Federal Reserve District, she hosts the Federal Reserve Bank of Kansas City’s annual Jackson Hole Economic Symposium. She has also participated in the Bank for International Settlement’s Financial Stability Institute programs in Lima, Abu Dhabi, Beijing and Malaysia. 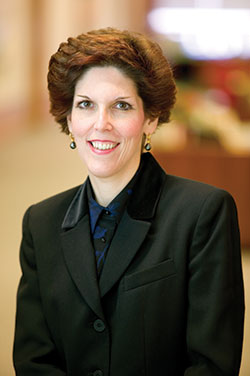 As president and chief executive officer of the Federal Reserve Bank of Cleveland, Loretta J. Mester participates in the formulation of U.S. monetary policy and oversees more than 1,000 employees in Cleveland, Cincinnati, and Pittsburgh who conduct economic research, supervise banking institutions, and provide payment services to commercial banks and the U.S. government. She assumed her role as president and CEO in June 2014.

Dr. Mester is an adjunct professor of finance at the Wharton School of the University of Pennsylvania. She has also taught in the undergraduate finance and M.B.A. programs at Wharton and in the Ph.D. program in finance at New York University.

Her areas of research expertise and interest include the organizational structure and productive efficiency of financial institutions, financial intermediation and regulation, agency problems in credit markets, credit card pricing, central bank governance, and inflation. Dr. Mester has published numerous articles in refereed academic and professional journals on a variety of topics, including economics, central banking, and financial intermediation and regulation. In addition, she is a co-editor of the Journal of Financial Services Research and an associate editor of several other academic journals.

Read highlights of the Symposium: